Exploring the World of Light and Shadow

I like to walk and do photography. I don't like to plan my photos, other than taking into account the brightness and position of the sun. I don't like to move the objects I see in the view finder. Photography for me is a about finding a slice of the light around us.

Most of the photographs are taken in Oakville, Ontario. That is where I live. Unlike other Visual Art forms, I approach photography with the intent to show the world around me. I try to reveal the nooks and crannies of beauty around us. 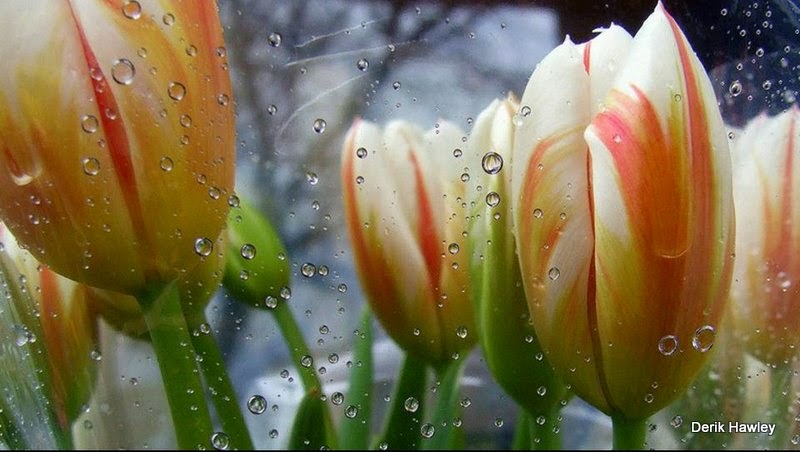 The drops of water are sitting on a plastic wrap. This photo was taken outside a flower store in downtown Oakville (with permission of course) on a surprisingly cool August day. 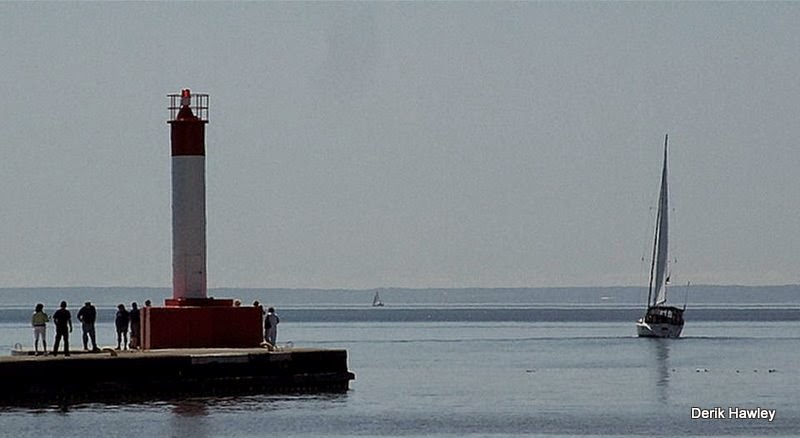 When I was young I was fascinated by picture books; particularly of ships. When I took this photograph I wanted to process it to look like the pictures in the National Geographic books that my parents and grandparents had. I wanted to take a picture of the local harbor that would look like it came from one of those books. 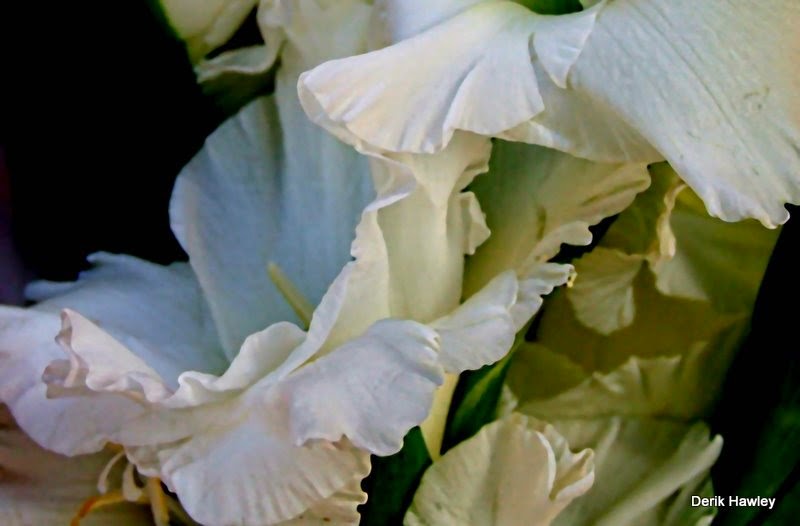 I was lucky to find these flowers in this light. I use a digital camera and was able to process it in a way to enhance the shadows and bring out a linen like feel to the petals. I tried to give the image a classical feel. As though it was a painting rather than a photograph. 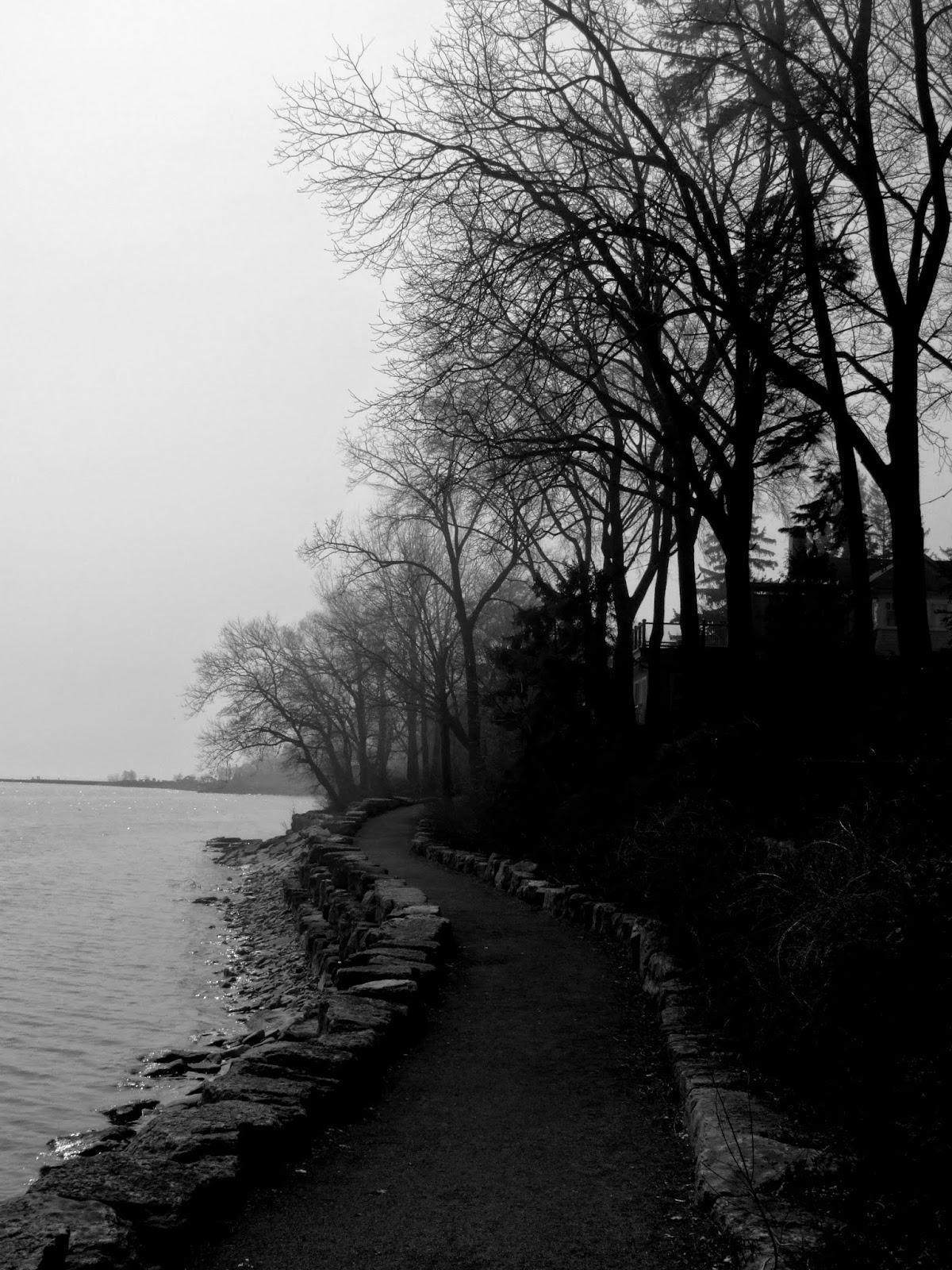 This is part of the walk along Lake Ontario in Oakville. 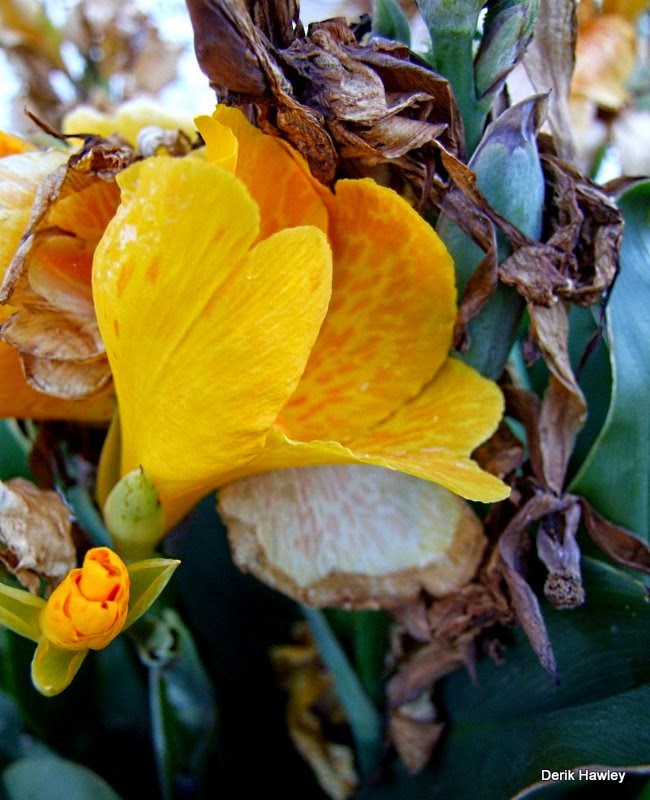 Flowers have a beauty that lasts through out their life. Over the course of the summer several flowers will bloom on the same plant, while the others will wither around them. Often they old flowers are trimmed without respect the for the contrast they provide the more youthful parts of the plant. I generally avoid photoshopping images to change them. But with this one I wanted play. When I was in Vienna and Europe I became fascinated with the facades on buildings. Facades are both artifice and art. They conceal the structure, while at the same time create a colorful and patterned environment. 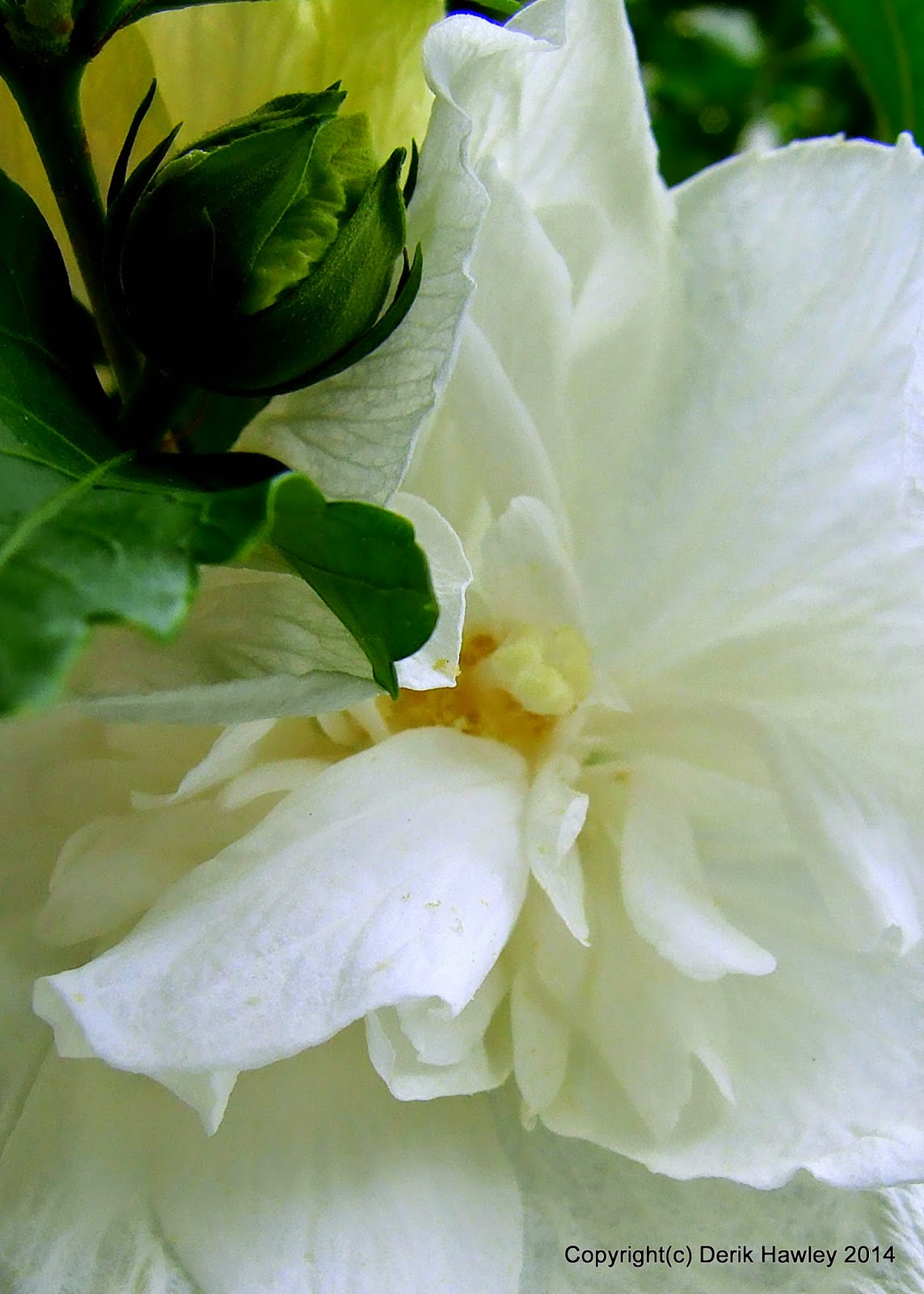 Flowers often look like they are kissing. I try to take pictures of flowers so they tell a story. Imagining them as living acting creatures in some fanciful story. 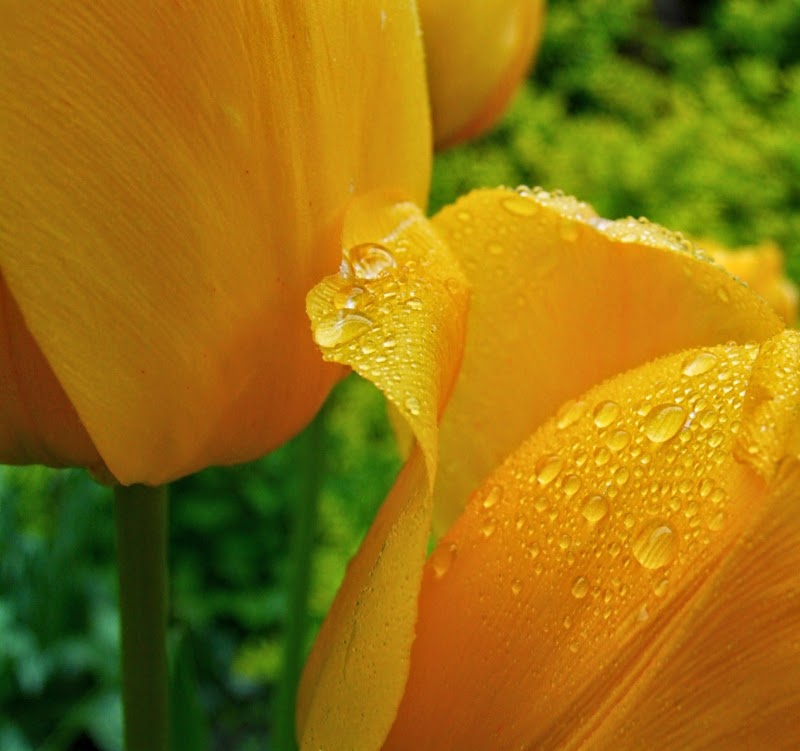 Posted by Derik Hawley at 4:10 PM No comments: